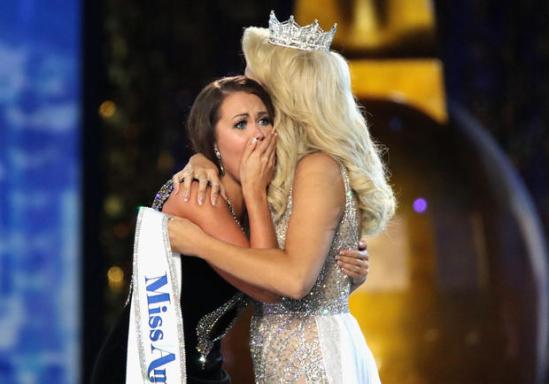 Miss North Dakota, Cara Mund, won the Miss America pageant Sunday night, the first time in the show’s  history that the state has claimed the prize.

Mund is now the recipient of a $50,000 scholarship and she takes over for the crown from last year’s winner, Miss Arkansas, Savvy Shields. She  was a finalist for a community service award in the preliminary competitions.  She performed a jazz routine for talent round. 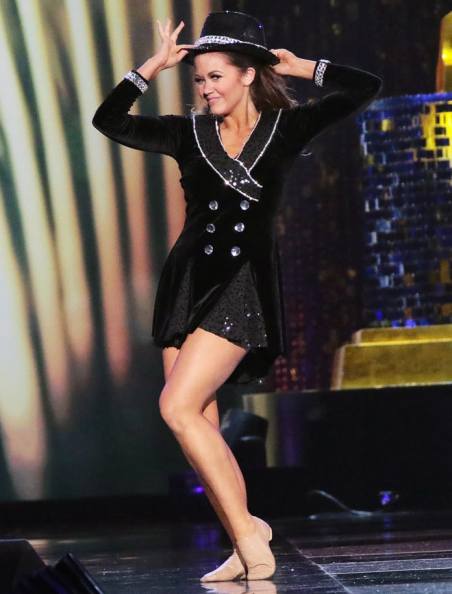 During a question & round, she was asked about the No. 1 item on her bucket list, Mund replied, “Honestly? It was to get to Miss America and make it past the Top 10,” Mund said. “We’ve only had three girls [from North Dakota] ever make it this far. And so it just proves that it doesn’t matter where you come from geographically — if you have the ability to do it and you dream it, you can do it.”

For the final Q & A portion,  judge Maria Menounos asked, “One hundred ninety-five countries signed the Paris agreement, in which each country sets nonbinding goals to reduce man-made climate change. The U.S. is withdrawing from the agreement, citing negligible environmental effects and negative economic impact. Good decision? Bad decision? Which is it and why?” Mund answered, “I do believe it’s a bad decision,” Mund said immediately, earning big cheers from the crowd. “Once we reject that, we take ourselves out of the negotiation table. And that’s something that we really need to keep in mind. There is evidence that climate change is existing, so whether you believe it or not, we need to be at that table. And I think it’s just a bad decision on behalf of the United States.”