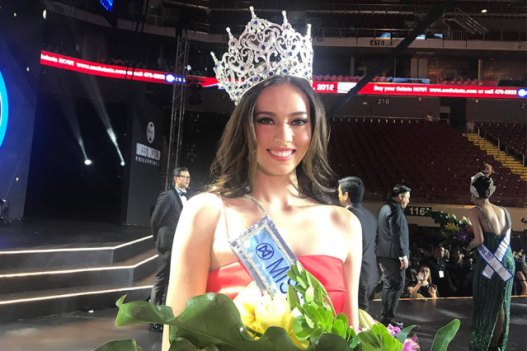 Candidate No 15 Laura Lehmann has been crowned as Miss World Philippines 2017 during a glamorous ceremony at SM Mall of Asia Arena. She will now represent the Philippines in the Miss World 2017 pageant in China. Apart from winning the coveted crown, Lehmann was also named Miss Cosmo Skin, Miss BYS Philippines and the Multimedia Fast Track winner.

The 24-year-old beauty queen is  is a Filipina-American TV Personality with British, German, Swiss and Spanish roots. She is a former UAAP courtside reporter, TV host, a model, and an Ateneo courtside reportee. She has studied Psychology, Neuro Science, and Spanish in the US. Laura was also a runner up in Binibining Pilipinas in 2014.