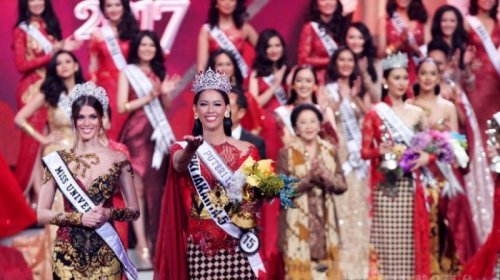 Bunga Jelitha Ibrani of DKI Jakarta 5 was crowned Puteri Indonesia 2017 on Friday, March 31 at the Jakarta Convention Center. But before winning the coveted crown in Indonesia,  the host announced her as 2nd runner up, it was corrected after the host realized the mistake.

Bunga, 25, will now represent Indonesia in the next edition of the Miss Universe pageant. Prior to joining Puteri, she competed an won Supermodel International 2011. 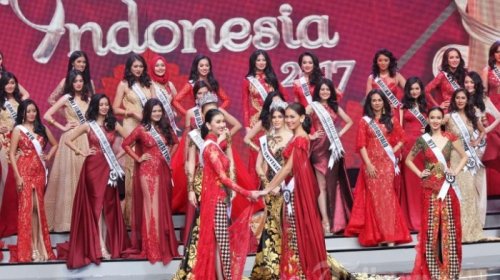 In the final round, the top 3 were asked the same question about their commitment to maintaining world peace, if later elected as Miss Indonesia 2017 and represent Indonesia in the Miss Universe contest.

Bunga replied the contest was about creating world peace and also strengthen brotherhood between nations. Everyone must work towards equality without any distinction. She also plans to meet representatives of other countries, in order to maintain world peace.

Reigning Miss Universe Iris Mittenaere from France was special guest at the finals. Former Miss Universe Natalie Glebova, meanwhile, sat as one of the judges. 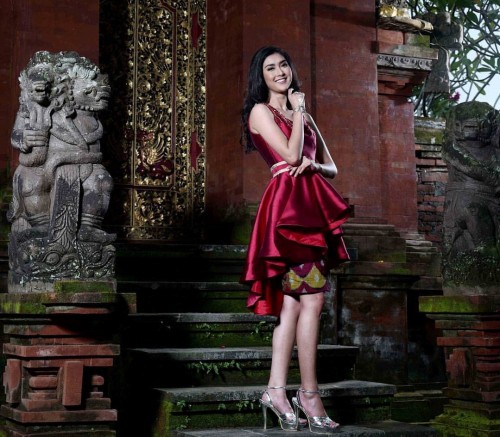 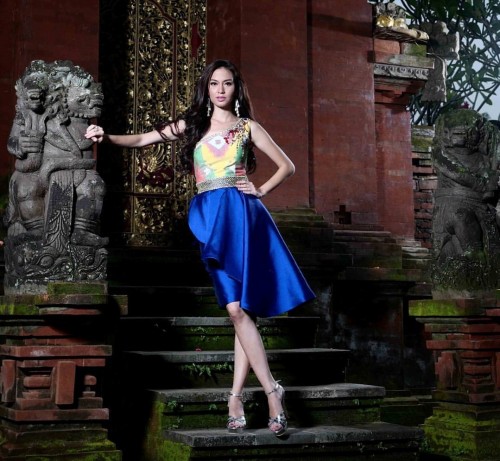