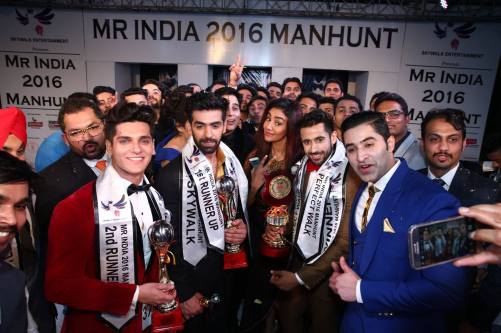 It was a night of glitz and glamour with more than 40 handsome men from different parts of the country coming together at Piccadility Hotel, Janakpuri, New Delhi, walking the stage to showcase their personality, talent, intelligence and yes, their well-endowed physique to compete for the best among the best. The attendance of Bollywood personalities added more glam than it already was. While the contestants family and supporters brought the much needed cheered and encouragement, the host Ankita Aggarwal made the night more graceful and entertaining which eased and relaxed the night’s tension of the stiff competition.

The Host Ankita Aggarwal with the Managing Director of Skywalk Entertainment, Manish Sahdev.

The competition started with lamp lighting by the organizer Manish Sahdev along with the esteem judges, the sponsors and media personalities. Then it was time for the competition to start. The contestants took the stage walking in their cool casual dresses. They were the joined by dancers performing to Bollywood item song.

To make things more easy for selecting the best of the lot, there were esteem judges from Bollywood personalities, Aman Yatan Verma, Mahek Chahal and President of Big Boy Toys, Jatin Ahuja. 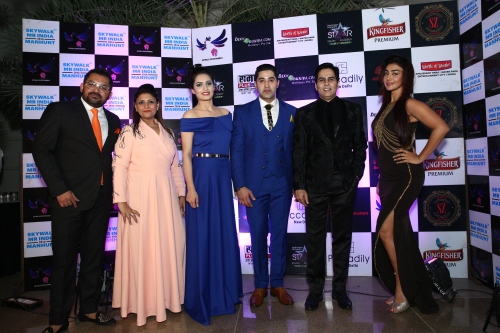 The contest was followed by introduction round, swimwear round and formal round before the top 10 finalists were announced. If there was one round that brought down the house that night, it was the swimwear round. The contestants wowed everyone and the audience cheered and applaud the maximum during this round. Who wouldn’t love it?

The top 10 were announced and they had to face the question and answer round to select the winners of the night which everyone has been waiting for. During the pre-finale activites, contestants were judged and assessed for different special awards. And the winners of special awards were:

It was time for the announcement of the three winners of the night. Aman Dheer from Delhi was adjudged as 2nd runner-up. Anmol Dhingra from Delhi was declared as 1st runner-up. The title of Mr India 2016 Manhunt went to Delhite again. He is Udit Thakkar. A well-deserved win for the trio.

The winner, Udit Thakkar,  will be sent to peru in South America to participate in Mr Pacific World in May 2017.

Mr India 2016 Manhunt Winner: Udit Thakkar, a student pursuing LLB and working with his father in business. He is from Pitampura, Delhi. His dream is to be a super model and an actor. 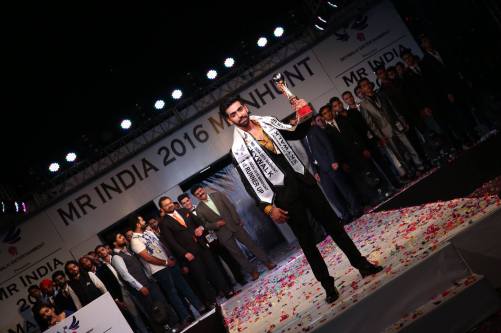 1st Runner Up: Anmol Dhingra, he graduated from University of West London. He owns a chain of restaurants with a name called Manguram. He wants to be a Model.

2nd Runner Up: Aman Dheer is working as a manager in Dominos Mayur Vihar. He lives in Preet Vihar and was waiting for an opportunity like Mr India 2016 Manhunt.