Aishwarya Rai Bachchan: From Miss World to one of the most beautiful women in the world 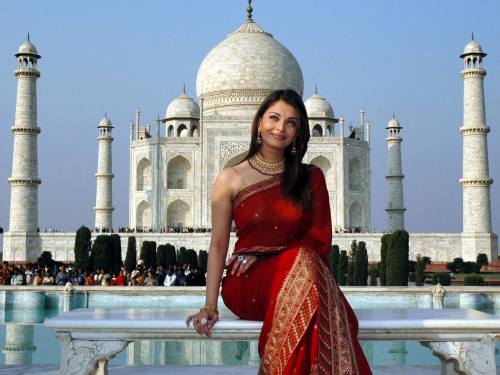 I was quite lucky to watch Aishwarya Rai winning Miss World on TV. It was the first ever Miss World I watched. Unlike Miss Universe, in India there is always a live telecast of Miss World during those times and it seems to me Miss World is more popular than Miss Universe in India. The debate can go on and on but I am more incline towards Miss World and I do believe in Beauty With A Purpose.

When Aishwarya won Miss World, it created history, the because same year India had won Miss Universe. The nation was in joy and ecstatic mood. My real fascination for beauty pageants started from then onwards. It was Aishwarya win that got me more interested in pageants.

Before she won Miss World, there was always speculation that Aishwarya Rai would be joining Miss India for two years and she could be the first Miss Universe for India. Finally, she joined in 1994. Already famous for her looks and beauty, her participation caused some insecurity among the contestants who were applying the same year. Most of the candidates withdrew their application. Such was her star quality that many in the Miss India Organization thought they had found their Miss India.

Once the Miss India contest started, she was obviously the favourite and she had the poised and charm that she became instantly a camera favourite. A star in her own right, the camera followed her. She won many of the sub awards and it looked like she was going to win anyway until the question and answer round came. She got a tough competition from Delhi based struggling model Sushmita Sen. At the question and answer round Aishwarya was asked, “There are some who believe the explosion of tv network from abroad is affecting traditional Indian value. What do you think about it?” She answered, “I still am the way I have always been following our Indian traditional values. I haven’t seen it lacking in this entire period of stay with the rest of the contestants in this contest held this year.”

After the question and answer round, she was tied with Sushmita Sen with a score of 9.33. Both had to face another round along with the other finalists. The second question was “if you have to look for a quality in your husband, would you look for in Ridge Forester in Bold and Beautiful or Mason Capwell in Santa Barbara?” Before she answered, she giggled which is her trademark and said,”The qualities I look for in a man between the two characters that you have given to me would be in Mayson. Though they do share a lot in common. From what we get to see Mason does have a very caring side to him and a terrific sense of humour and that really gels with my character.”

Aishwarya scored 9.39 in this round and she was adjudged the first runner up while Sushmita Sen who pipped her in this round scored 9.41 to win Miss India title. Though she was a favourite to win the crown, some in the pageant circuit believed that Aishwarya Rai was more suited for Miss World and it was proved later. Sushmita Sen went on to win Miss Universe crown which gave more pressure to Aishwarya since it would be difficult to win two major crown in the same year by the same country. She knew she was going there with a baggage and expectations considering her fame and beauty.

At the Miss World 1994 contest, Aishwarya was once again the favourite of many and gain recognition for her beauty, elegance and intelligence. She did her best and could be seen enjoying the moment without thinking too much about who had won Miss Universe. She was there to represent her country and she did it with pride and honour. During the final night, she won Miss Photogenic and made it to the top 10. All the top 10 finalists had to answer this question ““ What would you do if you win the crown tonight?”
Her answer was “If I go on to become Miss World today, I shall take over from Lisa onto my duty with utmost sincerity and dedication and embark upon to become an ambassador of goodwill and peace, compassion, harmony and do full justice to our motto Beauty with a purpose and remember guys, I’ll always be there”

Aishwarya Rai’s answer to the final question, which she received from Katherine Kelly Lang, “What qualities should Miss World 1994 posses?”
“The Miss Worlds that we have had up-to-date have been proof enough that they have had compassion, compassion for the underprivileged. Not only the people who have status and stature, who can look beyond the barriers that man, have set up for ourselves of nationality, and colour. That, for me, makes a true Miss World. A true person, a real person. Thank you.”

With that answer, she won the Miss World crown and made India proud and once again India was on International map. After her win, in one her interview with India Today, she spoke about her preparation after Sushmita won Miss Universe and her determination to win the crown. She said, “Well, all of us did work hard towards the result of the contest, but I had prepared myself so that I wouldn’t suddenly be up there or down in the doldrums because of the result. And that I should come away from the contest feeling happy with the way I had conducted myself for not just that one evening but the whole month.”And about the pressures during the time she spent at the Miss World contest, she quotes, “Well no, it’s quite easy if you just be yourself. Even if one puts on a special act for a month and one is one hell of an actress, what happens the year beyond? So, the best way to go about it was to be myself and I really enjoyed myself. I love travelling and meeting new people and this was like meeting the whole world in one place. There were 87 contestants and that was the best part of it. All of us living together like one big family though we hadn’t ever met in our lives.”

Some of Aishwarya Rai’s movies

Once her reign was over, she entered Bollywood and found success in movies like Hum Dil De Chuke Sanam, Taal, Raincoat, Devdas, Dhoom 2. It was after her movie Devdas that she became well known internationally. Devdas was screened in the prestigious Cannes Film Festivals and from then on the world took noticed of the beautiful Aishwarya Rai. Since then she has been a regular at Cannes Festivals, became an International brand Ambassador for L’Oreal Paris, Longines brand ambassador and the list goes on.

Tulips at the Keukenhof Gardens in the Netherlands named after Aishwarya Rai.

Often hailed as the most beautiful woman in the world in the media, she has more than 17,000 websites dedicated to her. In Netherland She was honoured in 2005 by the Netherlands where Tulips at the Keukenhof Gardens in the Netherlands are named Aishwarya Rai.

Aishwarya Rai Bachchan is a UN Microcredit Spokesperson. She supports PETA India[149] She pledged to donate her eyes to the Eye Bank Association of India and appeared in a public awareness film on eye donation. In 2009 Rai was appointed as the first Goodwill Ambassador of Smile Train, an international charity that provides free Cleft lip and palate surgery to children in need. Her work with Smile Train will focus not only on India, but on 76 different developing countries around the world.  In September 2012, Rai had joined United Nations Secretary General Ban Ki-moon and renowned Hollywood actor Michael Douglas at a ceremony to commemorate the International Day of Peace in New York. Later that week, she was appointed as the new international Goodwill Ambassador for UNAIDS, the joint United Nations programme on AIDS and HIV. Since then she has been actively involved with the UN and raised global awareness on protecting children from HIV infection and increasing access to antiretroviral treatment.