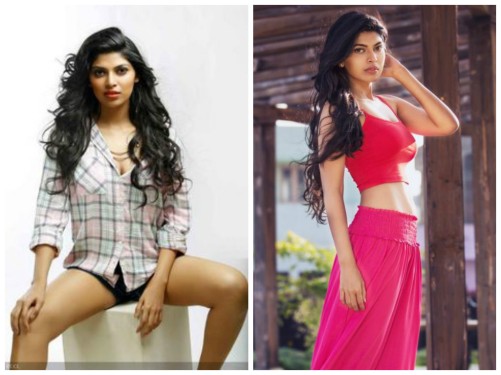 The search for Femina Miss India 2016 has already begun and I already have a favourite for Miss India 2016 though she is yet to become a finalist. Being a fan of her since a long time, it is her passion and dedication that makes me like her. She is Elizabeth Thadikaran.

Elizabeth who is also known as Liz recently competed at Femina Miss India Bangalore 2016 where she was 1st runner-up and also won Miss Talent. How I wish she had won the crown! She would have gotten a direct entry to Femina Miss India pageant as a winner of the city contest and become a first finalist. Now as a runner-up, she will compete again at Miss India 2016 final audition to be held later. She is smart, talented, goal-oriented and intelligent, so I don’t have any doubt that she will be among the finalists. She has set her sights on Miss India crown and Miss World. It was her dream to make it big in beauty pageants and Miss India is the ultimate dream. That’s what I like about her the most. She knows what she wants to achieve in her life and will continue to go for it till she achieves it.

Femina Miss India Bangalore is not her first stint at pageants. Her first success as a beauty pageant winner was in 2010 when she won the Navy Queen pageant in Kochi. Since then, she has been continuing her winning streak in various pageants such as being crowned Miss Kerala 2011, 1st runner-up title at Miss South India the same year. She was a winner of Campus Princess 2015 – a contest organized by Femina Miss India team to search for Miss India contestants. At the Miss India Worldwide Canada 2015, Liz was 1st runner-up. When she won Miss Kerala 2011, she had said she was aiming for other beauty pageants that will help her on her journey towards conquering Miss India title.

Liz is a Bachelor in Dental Surgery degree holder and graduated in September 2015 from MS Ramaiah Dental College, Bengaluru. She works as an intern which involves travelling often to rural areas to provide oral health care. She has been involved with various charitable organizations too. As a winner of Miss Kerala 2011, she teamed up with Miss Kerala Organization to work for ‘Save The Girl Child’ project. She has posed for Chodhi and Pintuck line of garments offered by Anneha, a garment design company that operates with women empowered community-based self-help groups such as Kudumbashree.

Her fame is not only limited to India. Liz has an international recognition too. TV Tokyo, Japan, covered Elizabeth’s interview in February 2015 “to know her secrets of beauty and her tips to stay beautiful”. This was for their variety program/documentary named “WORLD BEAUTY TRAVEL” focused on Ayurveda and Yoga. Some of the brands that she has donned are Bibi, Russell, Van Heusen, Allen Solly and Debenhams and modelled for online retailers. She walked the ramp for Kochi fashion week, Bangalore Fashion Week, Orion fashion week and TV print commercials like Laksyah, Seematti, Prince holdings.

A sports enthusiasts, she has always spoken about the importance of sports in people’s live and also the importance of exercise for an active mind and body.It’s not surprising to see that she has won a CBSE national silver medal in swimming and also won State Level bronze medal at Athletics when she was in school.

Liz’s beauty lies in her confidence and positive attitude. Her natural beauty and her appealing personality are visible in the way she speaks and carries herself. She has the charm of our past Miss India’s who had grace and essence of being a complete woman. Being a fan of her, I hope and pray she becomes one the finalists of Miss India 2016 and wins the main title. She is trained and groomed by Sujeesh Shanmughan (and Manoj R) – co-owners of Queens and Crowns Institute, Bangalore, who also trained Aileena Catharin Amon (Top 6 and winners of various sub awards at Miss India Universe 2015 finalist),

Wishing all the luck and success to Elizabeth on her journey to Miss India 2016.