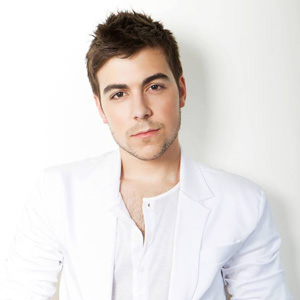 Frankie Cena is a multitasker and a talented man who has achieved a lot since a young age and tasted success and fame for all the right reason. The brilliant and bright Cena is a singer, a model, TV presenter and a debate coach. Whatever he does is perfect. Now That’s an achievement. Apart from these, He is also a humanitarian. He as an artist has used his status to do something good and positive for the society.

Frankie is not just a poster boy. He is someone who is equally passionate for social work. During the time he attended Burnaby Mountain High School, he was named a Burnaby Local Hero for dedicating over 670 hours of volunteer work to his community. His first performance was with the British Columbia Boys Choir at the age of nine years. As a member of the choir, Frankie traveled throughout Canada, the United States, Europe, and Asia where he was featured on billboards across China. He also had the opportunity to perform for Her Majesty, Queen Elizabeth II at her 50th Jubilee in front of a live television audience and an arena of hockey fans. Later he started singing solo and performed at festivals, competitions and other events around the Greater Vancouver Area. From these competitions he won accolades such as Port Moody Idol, Tri-City Idol, Youth Talent Showdown Champion, Lougheed’s Got Talent Champion, and PNE Star Discovery Finalist. He also combined his talents of singing and performing with acting. Throughout his young career, Frankie appeared in lead roles in local productions of “The King Who Wouldn’t Sing,” “How I Became Queen,” “Aladdin,” “Grease,” and “Next to Normal.”

Frankie’s musical fan base continue to grow. In 2010, Cena made it to the third round of the televised singing and acting competition, The Glee Project. It would have been great to see him in the Popular Musical TV series “Glee.” Wonder what role will he play if he was on “Glee.” Two years later, in 2012, he made it to the televised rounds of the final season of Canadian Idol. In 2013, he sang at the X Factor USA live auditions in Los Angeles.

Along with his singing career, he simultaneously took part in various debate competitions and won nationally and internationally. Frankie took home the top prize from the Golden Gnomes Debate Tournament and the Regional Championships twice over; he was also named an Optimist Oratorical International Finalist, was runner-up for best speaker at the Heart of Europe International Debating Championships in the Czech Republic, and was the United Nations Youth Conference Chairman in New York City. As a debate coach, his students became regional champions, the winners of the International Tournament of Champions, members of Team Canada, EurOpen Debate Champions, and runners up at the Heart of Europe International Debating Championships in Olomuoc, Czech Republic.

In 2014, on the same stage where Michael Buble once made his debut, Frankie held his debut concert at the Michael J. Fox theatre. Proceeds from his concert went to the Promise For Tomorrow Foundation, the youth chapter of the Chi Heng Foundation Canada, an organization that supports orphaned children in China.

Frankie Cena became more popular and got an international recognition when he was chosen as Mr World Canada in 2012 to represent Canada in Mr World contest held in England. It was his friend’s idea to send his application for Mr World Canada and later he was officially chosen as Mr World Canada. Though he is short by pageant standard he knew his shortcoming, It didn’t deter him. He mentioned in one his interview about his height and had checked the other contestants profile of Mr World, 2012. He was all positive about it. Before going to England for the contest he went to Germany to attend a debate competition and from there he went to England.

Despite being the shortest among the contestants, the ever smiling Cena was always cheerful and buoyant. It is this attitude that makes him stand tall. Where he couldn’t compensate for his height he compensated through his talent and articulation skills. He sang “Down” by Jay Sean for his Talent round and impressed the judges with his renditions of the same song. He came second in the Multimedia contest. With this he made it to the Top 10 final. Being a debate coach and a public speaker, it must have been easy for him to win the hearts and mind of the judges and the fans.

In 2014, Frankie Cena was a host in Mr World 2014 along with Miss World 2013 Megan Young. Both had such an amazing chemistry. It was such a delight to watch them both together hosting the contest. Both were splendid. The presence of Megan added beauty and glamour to the contest and she was so good with her hosting skills. Her calm aura definitely match up with the easy going and ever cheery Frankie’s personality. Both were absolutely amazing. Frankie sang his debut original song “Top of the World” in Mr World 2014. The song talks about his struggles and his resolution. The song was so melodious and the lyrics was motivating and uplifting.

Towards the end of 2014, Frankie got a chance to show his hosting skills again as Web presenter for Miss World 2014. As a presenter he interviewed the contestants, judged the talent portion of the competition, and presented at the finale. He was also one of the presenters alongside Miss World 2013 Megan Young and Tim Vincent. Again Frankie and Megan were so natural, easy going and fabulous during the finale. The part where both acted for a video of the hotel was so entertaining and whimsical. Wanted to see more of them together. Fabulous and marvellous job indeed. Hope to see more of them together in future Miss World contest.

In 2015, Frankie was hired for his first ever International Speaking Engagement. In Naga City, Philippines, Frankie gave the keynote address at the convocation for Brentwood College of Asia International School.

For a person like Frankie Cena, awards and titles will come and go but his hard work and dedication to what he does will not go away. His perseverance, passion and ambition will continue to inspire people. The compassion he has for other and to help people in their time of need will make you like him more.